skip to main | skip to sidebar

The relentless rain this summer has given me time to catch up on some things I should have done a long time ago. Most importantly establishing this blog. It's main purpose is to be a source of information about the various projects I'm involved in, especially Swarms and K100, which together with my visual artworks make up Unreality. I also plan to use it to shed some "unlight" on my other outlets of inner turmoil, such as M, Delirium Bound, Blitzkrieg Baby, Pronounced "sex" and my daytime occupation as art director at Trine + Kim Design Studio.

I've been making music since I was 14. I had been escaping dysfunctionality by immersing myself in music since kindergarten, but it was in the throws of my teenage love affair with Black Metal that I began writing music in 1992/93. However, I soon strayed off the Black Metal path when I started to feel that norms and rules were increasingly being worshiped at the cost of individualism, musical open-mindedness and sincerity. Since then I have been making music relentlessly, always working but never sharing anything outside a small circle of close friends.

In late 2007 I fell ill, and spent several months in a state of confusion and depression, struggling with panic disorders. When things were at their darkest and just seemed to keep getting darker, I realized that my only way out of the pit I seemed to be digging for myself was to start completing and releasing my personal work, as it seemed to be the only way I could feel complete, the only way to achieve a necessary sense of closure.

"The seven tracks of this album are vast spaces with black corridors, synth ambient washes and unstable and disquieting atmospheres." Source unknown.

"(...) the two core members of Pronounced Sex have recorded, manipulated and restructured a wonderful collection of single- or maximum double-layer noise drones, that refresh the mind with the sort of ambience found in “Eraserhead” or steel factories late at night when it has closed down for the day." Monochrom

"If either William Burroughs or HP Lovecraft hadn’t turned their hands to the written word and had taken up music instead, this is how their strange missives from inhuman dimensions most probably would have sounded. (...) Make no mistake, this is a deeply disturbing and terrifying album, one which plumbs Stygian depths that very few other dark ambient albums get down to." Heathen Harvest

"That part of the album has been used as the soundtrack for underground zombie-flicks makes sense, since the atmospheres invites the listener into soundscapes of creepy darkness." Earlabs 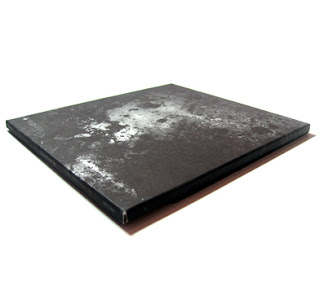 Swarms' first album, "The silver hour" was classified by some as dark ambient. Here's some review quotes.

" (...) And I think that is where this project derives its power from, a power to both scare and unsettle. Certainly there’s a slow but icy-cold undercurrent of malice rippling through the whole, like some underground stream bubbling gently but freezingly through the hidden places of this world." Heathen Harvest

"The expression is extremely dark turning associations towards classics such as Lustmord's "The place where the black stars hang" (Soleilmoon, 1994) and Inade's "Aldebaran" (Cold Spring, 1996)." Earlabs

Didrik Söderlind did an interview with me for Knokkelklang about "The silver hour", and I was also interviewed by Olivier Cote here. "The silver hour" can be ordered from Vendlus (US), Malignant Records (US), Nuit Et Brouillard (FR) or Cyclic Law (CAN).

There's a lot more in the pipeline; years' worth of intense nighttime production. First and foremost there's my solo venture K100, I'll be releasing the debut "The feral silence" on a new, exciting Canadian label this year. This is the sister album to Swarms' "The silver hour".

Following that will be the calmer and more subtle K100 albums "Vault of apparitions" and "Sea mirror", both albums are in the final stages of mixing after being in the making for 7 years. They're both being mixed by my close associate Petter Berntsen. Neither of these two releases have any labels or dates tied to them yet. I am very much open to hearing from any parties that might be interested in working with K100/Unreality.

Then there's a new album coming from Swarms — my cooperation with Bjeima (Yurei, The Ghost Conspiracy, M, Delirium Bound, Konstriktor, ex-Rex), Petter Berntsen (M, Virus, Audiopain, Denture) and Qeriq (—). We have been composing music for modern ballet performances for some time now. This album, still untitled, is partly based on commissioned work from the last 5 years. If you have "The Silver Hour" the upcoming material will be both a surprise and a natural continuation. Perpetual mutation.

Outside the circle of Unreality things are also on the move:

My Blitzkrieg Baby has grown into such a monster since its birth in 2001 and has now agreed with prime industrial/whatnot label Neuropa (Toroidh, Der Feuerkreiner, etc.) to release "Misantropicana", the first in a series of albums of absolute negativity and disbelief in mankind. Wrapping up a Blitzkrieg Baby album is not unlike how I picture it would feel to have a cancer tumor removed. If the tumor had the shape of a pig. Release date is not set.

This year M will also finish recording our debut "M plays tuxedo classics", 17 years after the band was founded. It's been a long time coming. The line-up consists of Bjeima, Petter Berntsen, Member 01 (The Konsortium, ex-Rex) and me. It might be worth the wait.

Then there's Delirium Bound. The god-faced dogs have been locked up in the basement for too long and are foaming at the mouth. Thrash metal? Perhaps. We will release our debut "Delirium, dissonance and death" as soon as recording is finished. Only vocals left now. We are thankful to all the labels that have shown interest in Delirium Bound in the last 12 months, but we have decided to do things a bit differently on this one. More to be revealed later.